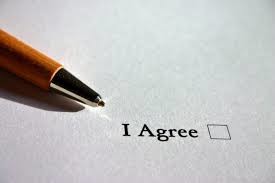 In today’s world, each corporate entity has to enter into service contracts day in and day out in order to keep themselves up and running. Everything in a company from software to basic facilities such as canteen runs on services contracts. Hence, it is essential for companies to draft service contracts immaculately.

Often, when a company is the supplier of services outside (inbound contracts), it focusses more on proper drafting of service contracts in order to keep its ends covered as opposed to when it is availing services from outside (outbound contracts).

Outbound contracts typically make the company the consumer and hence proper attention may not be paid to the same as the draft agreement is invariably provided by the other side. However, it is essential to review and incorporate certain clauses in outbound contracts which would protect a company’s interests as a consumer.

This post endeavors to take one through the various operative clauses which may be of importance in a services contract.

a) Scope of Services

The most important clause in a services contract is the scope of services clause. This clause lays down the services which are sought to be provided/obtained under the contract. This clause should be very specifically and clearly stated so as to avoid confusion later on. A description of the services can either be detailed in the main body of the agreement or may be appended as an annexure.

b) Time of performance

A proper timeline of services should be included in the agreement. This timeline can either be a single time performance deadline or broken into various stages of interim deadlines. If you are a consumer the latter is always preferred.

The price model may vary from contract to contract. It can be a fixed fee agreement or an arrangement where the money is paid in tranches depending upon the performance of services. The terms of payment should be written clearly. There It should be specified how and when the payment is to be made. For outbound contracts, the company which is the consumer should review the terms of payment clause so as to avoid any onerous clauses such as late penalty interest.

Liquidated damages are pre-determined damages, quantified and included in the contract. It aims at timely delivery of services and prevents delay. However, before including this provision it is important to check if this clause is enforceable in your jurisdiction.

The on-premise compliance clause makes it mandatory for any services being rendered on the premises of your client to be carried out in a safe and secure manner.

Intellectual property may include anything and everything ranging from the company logo to patents and trademarks belonging to it. Hence, it is essential to define intellectual property in the widest terms as possible. Intellectual Property clause should also be made to survive beyond the termination of the contract.

i) Termination of contract

These include the exit options. Termination clause should contain the following three ways of termination

Before the completion of the contract by:

An indemnity clause protects the parties against third party claims. It is important to include the same in a service contract. One should take indemnity for non-compliance of laws, physical injuries and property damage.

Drafting of service contracts though sounding simple is a complex process. Inserting the right language and the right provisions in the agreement is essential in order to contest any dispute arising from it later on. It is also important to have your negotiating skills right and not include any language in the contract which you are not able to justify later on.