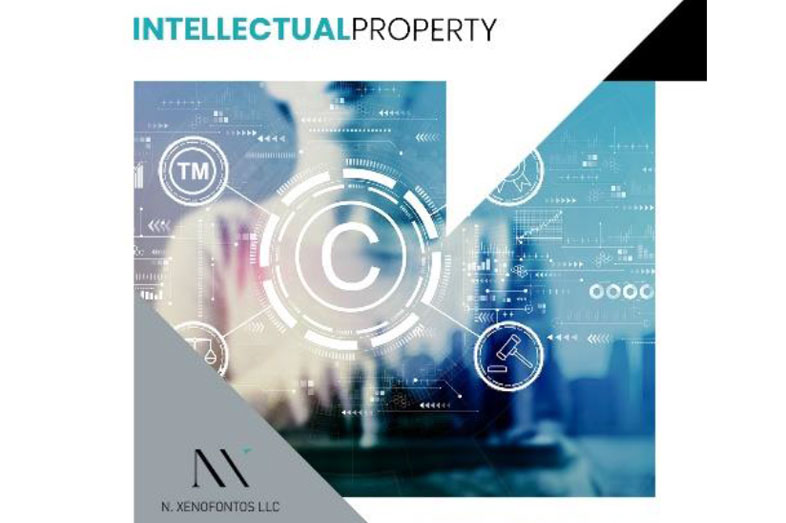 Definition
Trademark means any sign capable of being represented graphically, and of distinguishing goods and services of one undertaken from those of another. A trademark may consist of words (including personal names), figurative elements, letters, numerals or the shape of goods or their packaging.

Rights Conferred by a Registered Trademark
Upon successful registration of a trademark, the proprietor acquires exclusive proprietary rights in the trademark, benefiting from specific remedies in case of infringement or purported infringement. In common law countries, the action of ‘passing off’ can be invoked by an owner of a mark can acquire some rights without registering his mark. A trader, business that uses a mark acquires “goodwill” in association with that mark. “Goodwill” has been defined as the quality which causes a customer to go to one trader or business rather than any other.

The owner of a trademark can sue another trader or business that uses that mark in such a way as to confuse the public into believing that his/its goods or services are those of the owner of the mark. This is a “passing-off” action.

Essential Elements of a Good Trademark – What to Look Out For
1. Distinctiveness & Descriptiveness
Distinctiveness is the ability of the trademark to identify the offering in respect of which registration is applied for as originating from a particular undertaking, and thus to distinguish the offering from those of other undertakings. This is always assessed with reference to what the public perceives in connection with what it offers. Descriptiveness exists whenever the trademark describes the characteristics of its offering or some of its features.

The public's perception is also relevant in this occasion. Therefore, a trademark will be descriptive if it is perceived by the relevant public as providing information about the goods and services applied for. (Such as the word 'Baker' for pastry products) Given that the sign has a clear descriptive meaning, it is also devoid of any distinctive character as it is incapable of performing the essential function of a trademark, which is to distinguish the goods or services of one undertaking from those of other undertakings.

2. Genericness
This type of mark is not actually considered a trademark. A generic word or phrase is so inherently descriptive of a product or service with which it is associated that it is ultimately incapable of ever functioning as a trademark. Generally speaking, such words can be thought of as the typical or wellknown name of the product or service in question. Note, if trademarks are improperly used they may be at risk of becoming generic. A famous example of this is “ESCALATOR,” which used to be a trademark owned by Otis Elevator. The mark was used incorrectly and repeatedly as a noun, and Otis ultimately lost the rights to claim it as a trademark.

3. Suggestive
A suggestive mark provides some hint or suggestion as to the product or service without describing the product or service. Frequently, companies believe that a suggestive mark would make the best trademark. However, fanciful, coined, and arbitrary marks are actually stronger. An example of a suggestive mark is AIRBUS for airplanes. An advantage to suggestive marks is that they may provide some instant inherent element of sales appeal and they may not require as much education of the consumer as arbitrary, fanciful, or coined marks. A disadvantage to suggestive marks is that they may be entitled to less-extensive and weaker protection than arbitrary, fanciful, or coined marks because there is a higher likelihood that someone else may be using a same or similar trademark suggesting the same or similar goods (e.g., “air” would be a common word in association with airplanes). Accordingly, there is more risk involved that the trademark may overlap with another’s trademark rights.

4. Arbitrary
The second strongest type mark is one that is formed of a word or words that have a common meaning, but that are used in a way that is otherwise not logically connected with the product or service. Some of the more famous of such marks include APPLE for computers or UBER for vehicle transportation services. The word “apple” existed to describe the fruit, but it had never before been associated with computers. The word “uber” denotes an outstanding or supreme example of something, but says nothing about the type of services being offered.

Because arbitrary marks are formed of words that consumers may already associate with another thing (according to their dictionary definition) there is, as with fanciful or coined, some education of the consumer required to develop the association between the mark and the product or service. Arbitrary marks also typically receive broad and strong trademark protection as well because they typically are not used by others on such completely disconnected goods or services relative to the traditional meaning of the word or phrase.

5. Fanciful or Coined
The strongest trademark is one that is completely made up, coined, or fanciful, because it is inherently distinctive (having never existed before it was created to be a trademark). Sometimes such marks are combinations of portions of other words, and sometimes there is no meaning or logic underlying them at all. Some examples include EXXON and KODAK. If you are in the market for a new trademark, a fanciful or coined mark should be your goal from the perspective of trademark law because it is typically the easiest to register and receives the broadest and strongest forms of protection.

The potential drawback to a fanciful or coined word is that it may require more effort in terms of marketing to introduce the mark to consumers and to build the brand and product recognition by educating the consumer since, at first glance, the consumer may not immediately understand what the product or service is, or whether they have a need for it. They are also the most difficult types of marks to think of, requiring the highest levels of creativity and time and effort (unless you are lucky enough to have a lightbulb go off while you are, e.g., out on your daily run).

It is also very important to understand that a word mark is often stronger than a design/logo mark that is primarily a stylised word (vs. a very unique and different design that has no words, like the Nike swoosh, which can be equally strong to a word mark). You may pursue registration of word marks or logos, or both. However, between the two, a word mark is much stronger than a design/logo mark if the design/logo is primarily made of words that are simply presented in a stylised font. A registration for a word mark means that your mark is protected no matter what stylised form it takes. However, a registration for a design/logo is limited to the specific design or logo presentation of the mark, including the specific font. For example, if you registered the mark WALT DISNEY for theme parks, such a registration would protect you for all stylised forms of the phrase WALT DISNEY.

Designs/logos that are truly unique and do not rely primarily on words, or at all on words, can be equally powerful, but often take several years and a significant amount of monetary marketing investment for the consumer market to recognise. Some examples of truly unique logos that are strong include the Nike swoosh and the Amazon arrow.

How We Can Help
We offer a full range of trademark, copyright and patent services to entrepreneurs and established businesses.
Our services include: