Liabilities of Independent Directors and Non-Executive Directors under Section 138 of the Negotiable Instruments Act, 1881.

Liabilities of Independent Directors and Non-Executive Directors under Section 138 of the Negotiable Instruments Act, 1881. 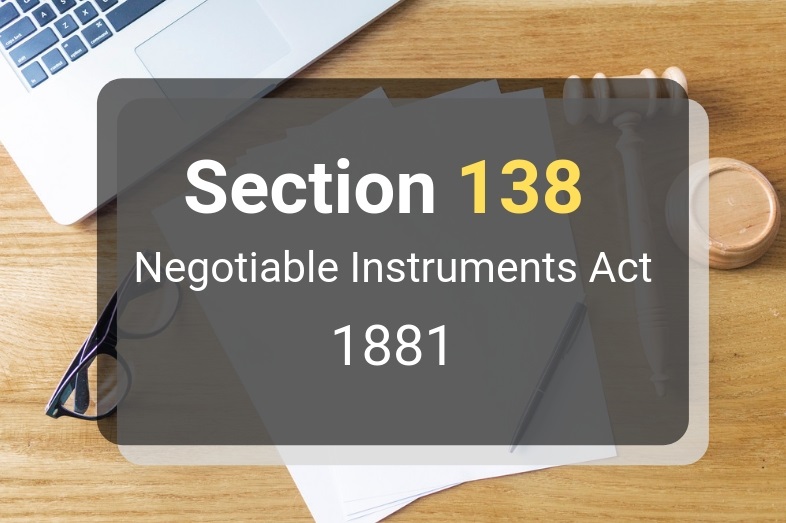 As per Section 2 (47) of the Companies Act, 2013, "Independent Director" means and independent director referred to in Sub Section (6) of Section 149 of the Companies Act, 2013. Section 141 of the act talks about when a company commits the offense mentioned in Section 138. It very specifically deems every person who oversaw and was responsible to the company for the conduct of its business to be deemed guilty.

However, if the said act was committed without his knowledge then he will not be held under this clause. A substantial point of difference between this and the provisions of the IPC is that under Sections 34 and 149 of the IPC, an element of mens rea (being in furtherance of common intention and in furtherance of common object respectively) is present which is absent as a requirement in the provisions of the act. Section 141 only talks about knowledge and not mens rea.

Under section 141 of the N I Act, apart from the company itself, the following persons are deemed to be guilty of the offense and shall be liable to be proceeded against and punished:

In Rohit Chauhan Mehta v Gujarat State Fertilizer Co.,the Gujarat High Court rejected the application made by the accused for dropping the proceedings initiated under section 141 of NI Act. The accused included the NEDs as well. The learned counsel appearing for the accused submitted that the whole body of directors of a company cannot be said to be in charge of the day today management and running of the business of the company and cannot be attributed knowledge of everyday working of the company and, therefore, cannot be impleaded for prosecution.

The application was rejected on the submissions of the learned counsel representing the complainant that in view of the admitted well known sickness of the accused company to such an extent that its entire net worth was wiped out and it was declared sick by the B.I.F.R. In the year 1993, it was not open for the directors to contend that the cheques to the tune of Rs.5 crores could have been issued against supply of raw materials without the knowledge, consent and connivance of the Board of directors.

In S.M.S. Pharmaceuticals Ltd. v. Neeta Bhalla and another,the question before the Supreme Court in this case was whether liability under section 138 and 141 of the N I Act arise on account of holdingoffice by the director as such. The Court held that the conditions contained in sec 141 are intended to ensure that a person who is sought to be made vicariously liable for an offence of which the principal accused is the Company, had a role to play in relation to the incriminating act and further that such a person should know what is attributed to him to make him liable.

The conclusion is inevitable that the liability arises on account of conduct,act or omission on the part of a person and not merely on account of holding an office or a position in a company. Various HighCourts have also ruled on similar lines.

It has been commonly used as a defence in these cases for the directors to state that they are non-executive independent directors and hence they have no say in the day to day matters of the company. (As used in Briji Gopal Daga vs State of Kerala).

It has been held by a plethora of cases that an independent director, by the very nature of his appointment, is deemed not to have any knowledge of the day to day matters of the Company.

As Per the Supreme Court in K.K. Ahuja vs V.K. Vora & Another, the position under Section 141 of the act can be summarized thus:

A detailed scrutiny was also done by the Supreme Court recently in Standard Chartered Bank v Bank of Maharashtra which reflects the same. The main issue is that the averments made in the complaint should be adequate for the magistrate to issue process. This is automatically done if he is the managing director or the signing director of the cheque. Otherwise, in all other cases, the accused should be said to oversee and responsible for the conduct of the business of the company.

The best defense for a person in such a case is to state that he was an independent director and had no knowledge of the said cheque.