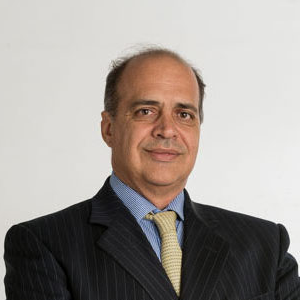 Judin Combrinck Inc. is one of the most well-known and respected boutique law firms in South Africa today. The original firm was established in Johannesburg during 1936 and has evolved over the years to cover the broader spectrum of local and international law.

Our expertise in providing high quality legal services is complemented by our associations with various international law firms, tax (and other specialised) consultants and other strategic resources.

As one of South Africa’s premier law firms, our clientele ranges from multinationals to small businesses and individuals. We have developed a clear understanding of the evolving local and international environments and have all the necessary capabilities and resources to provide each client with a satisfactory outcome and complete peace-of-mind.

Every successful brand has a proud history. Judin Combrinck Inc. is no different.

Our story starts in the bustle of prewar Johannesburg, as the manufacturing industry took off. Art Deco buildings popped up like gems in the thriving streets and the city was recognised as a major world capital.  And in 1936, Lionel Goldman started his humble law practice in South Africa’s commercial heart.

The outbreak of World War II forced him to close doors and don a uniform as he joined the ranks of the Allied Forces fighting in the north of Africa. Despite being captured by the enemy as a POW, he bravely survived the six year conflict.

Back home, Lionel was joined by Leonard ‘Len’ Goodman. The plaque above the door was changed to Goldman and Goodman. Johannesburg in the 50s was a hive of business activity in the postwar boom, when petrol was still cheap, men still wore hats, and the ladies gloves. By this time, Jeff Savell had joined the thriving practice – although he would later seek his future in the States.

As the turbulent 60s change swept change across the world, the practice was poised for the next chapter in its history. In 1964, fresh out of school, Michael Judin joined the law firm as articled clerk and an eye on the future as a great lawyer. At the time, the law firm was housed in Maritime House in Loveday Street. From our windows, we could see the famous Rand Club - where suited businessmen sipped a stiff one and smoked cigars under gilded portraits of Queen Elizabeth II and the ghosts of South Africa’s imperial past.

Since then, the backdrop to our story has changed, with the political tensions and bad fashions of the 80s culminating in the country’s first ever democratic elections in 1994 and Madiba’s gentle leadership and loud shirts a breath of fresh air for all South Africans.

Of course, our history hasn’t been static either. Following Len’s retirement and Jeff’s departure to the States, Michael became a full partner and the firm changed its name to Lionel Goldman and Judin as it tackled the challenges - and rewards - of an ever-changing business and legal landscape.  Our offices are now in a leafy office block opposite the entrance to the majestic  and globally known Wanderers Cricket Stadium.

As for Lionel, he sought the retiring life in Israel, with warm memories of the journey he has taken.  Today Judin Combrinck Inc is ready for the next chapter in our story.

Michael Judin was admitted to practice in Johannesburg South Africa during 1969. He has had extensive experience in local and international commercial transactions and disputes. He is a member of the Main King Committee, Chaired the sub-committee that wrote the Chapter for King III dealing with Negotiation, Mediation and Arbitration and he was a member of the Task Team which wrote King IV. He is a director of, and legal adviser to, the American Chamber of Commerce (AmCham) in South Africa.

Lizl Combrinck was admitted to practice as an attorney of the High Court South Africa in 2006. She has had extensive experience in various forms of litigation, matrimonial law and labour law.

Judin Combrinck Inc. has the knowledge, insight and perspective to practice effectively in all facets of the law. Our lawyers understand the unique needs of both business clients and private individuals, providing legal service that will assist clients in receiving a satisfactory outcome.