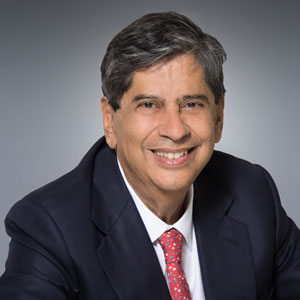 Sarosh Zaiwalla founded London law firm, Zaiwalla & Co, in April 1982.  He has been involved in over 1,200 International Energy, Maritime and Construction Arbitrations in London and worldwide either as Solicitor, Counsel, Sole or Party-appointed Arbitrator. As a solicitor he has handled numerous cases in the English courts, up to the House of Lords and the UK Supreme Court.

He has acted for clients including the President of India, the Government of the People’s Republic of China and Russia. He is former member of the International Court of Arbitration of the ICC, Paris (1990 to 2002) and is a fellow of the Royal Society of Arts Manufacturers & Commerce. In October 2002, the Indian Prime Minister awarded India’s Annual National Law Day 2002 to Sarosh for an outstanding contribution to the field of International Arbitration Law.

Sarosh was invited by the United Nations Secretary General Mr Ban Ki Moon to advise on issues relating to World Order and, at the request of His Holiness the Dalai Lama, has facilitated a dialogue with the Government of People’s Republic of China with a view to finding a peaceful resolution relating to Tibet.

Sarosh and his team succeeded in a large claim for Bank Mellat of Iran against the UK Government in the UK Supreme Court challenging legality of Iran’s nuclear sanctions. More recently, Sarosh was named as Lawyer of the Week for his success in the Court of Appeal for his client, Central Bank of Venezuela in a claim against the Bank of England for the return of Venezuelan gold valued at $1.bn.